Each Championship season usually sees one side storm clear of the chasing pack, as the hunt for a spot in England's glamour division, the Premier League, heats up.

There is so much on offer for the team that lifts the second tier title outright, with the chance to go straight up to the top-flight without the stress and hassle of the playoffs at Wembley, while a piece of silverware is always nice to have in the club's trophy room.

This season it's the turn of Wolverhampton Wanderers to storm ahead in the standings, as Nuno Espirito Santo's men look to continue their impressive form and momentum for a long challenge to return to the Premier League.

It was believed originally that relegated Premier League outfit Sunderland would be the team to beat this season in the Championship, after dropping down divisions last term under the guidance of stuttering Scottish coach David Moyes.

They have since been revived of sorts under former Wales international manager Chris Coleman but it's Wolves that are making headway at this early stage of the campaign and look more than capable of going all the way with outright success in the second tier division.

This is the perfect time of the season to back outright winners of each division in the footballing world in an acca involving as many leagues as fans want, which is easily configured through sites like sportsbet.io, and Wolves are definitely worth siding with at 1/4 to achieve success this term as part of that.

They have been reliant on plenty of star performers so far this current campaign and will need to see every one of their key men continue that strong surge of form until next year if they are to be promoted. So, here are four key stars at the club that will help oversee Wolves' first promotion back to the Premier League since 2012. 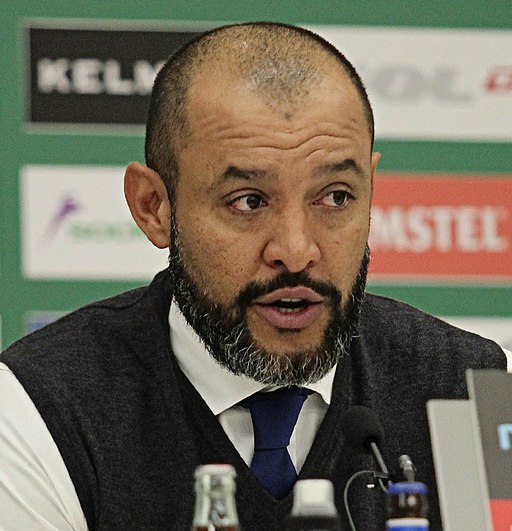 Arguably the biggest star currently on the books at Wolves isn't actually a player but the club's experienced and on-fire manager Nuno Espirito Santo.

The current Molineux boss enjoyed a highly decorated career during his 18 years as a professional player. He was part of the Porto squad that famously won the Champions League back in 2004 under the guidance of present Manchester United coach Jose Mourinho and won countless other honours during his two spells at the Portuguese giants.

He retired from playing back in 2010 and has been successful so far on the sidelines as a manager, having previously taken charge of top clubs throughout his home nation in Portugal and also Spain, including the likes of Rio Ave, FC Porto, and Valencia.

Throughout over 213 games as a manager to date, he has enjoyed a win rate of over 50 percent, which is admirable, as he continues to help Wolves on their way to what would be a jubilant return to the Premier League this season.

The Portuguese tactician has implemented an effective style at his current employers, one that has seen them surge to the top of the table and look extremely dangerous against any side they come up against. Under his guidance, Wolves look set for a successful term.

Wolves fans couldn't believe their eyes when they saw their club land the services of Portugal international midfielder Ruben Neves last summer, as the goalscoring ace arrived from FC Porto for an undisclosed fee that is now widely believed to be around £15.4 million.

This was a club record signing for Wolves and the star striker has been repaying every bit of it back this current campaign with his goals and incredible performances in the central midfield areas. The 20-year-old has taken most of the praise from fans and pundits this season, and rightly so, as he continues to shine bright.

It's likely that bigger clubs will come calling for his signature in the near future, maybe next summer, if he is to help Wolves gain their desired promotion to the Premier League. But, for now, and the foreseeable future, he is maintaining a sublime run of form in the heart of midfield in his current surroundings.

Neves arrived in the second tier with a lot of pressure on his young shoulders, with his big-money switch from Portuguese giants and boyhood club Porto seeing him become the Championship's most expensive ever player too. But he looks to be worth every penny so far as Wolves benefit from his superb midfield displays this term.

Along with compatriot Neves, Diogo Jota has been a key member of the Wolves roster, with his clinical eye for goal and helpful amount of assists so far during the Championship campaign.

The Portuguese talent has been thriving in his current club's surroundings and has chipped in with an impressive amount of goals and assists, having now reached double figures for both combined this campaign.

At only 21 years of age, he also has plenty of hope and expectations on his shoulders but he is dealing with it brilliantly, after sealing a season-long loan switch from parent club and Spanish giants Atletico Madrid in the past summer transfer window.

The forward has produced many moments of magic during his term so far for Wolves, as he enjoys a successful loan spell away from Spanish soil. He is closing in on double figures for the season at his present side and will no doubt be key to the side going up, if they are to ultimately achieve such a feat come next year.

Another superb performer so far this current campaign has been 23-year-old forward Leo Bonatini, who has excelled so far under Santo's instruction at the Molineaux helm.

The young attacker has flourished going forward for the club and has chipped in with crucial moments throughout a busy season so far. Bonatini is on loan from Saudi Arabia club Al-Hilal, who may lose him permanently come next summer after his superb showings.

He has managed double figures for goals already this campaign and is catching up on assists too, with Championship defences struggling to deal with his mercurial talents to date.

All four of these Wolves stars, including their experienced and continuously developing manager, have been superb so far throughout proceedings and they will all be key to the club securing a gallant return to the Premier League come next 2018.